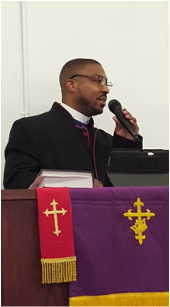 "Apostle Larry" as Apostle Dr. Larry Birchett, Jr. is affectionately called, has been blessing the Kingdom of God for many years with his myriad of God-given gifts. Before being released into the pastorate in 2012 he was the founder of Treasures of the Heart International Ministries which was started in his basement in 2007 in which he first started compiling "effects" to disseminate to the needy of the world. His ministry has blessed the impoverished and needy spiritually and physically in the USA, Africa, Jamaica, Pakistan and India. God has given him a burning desire to travel the world as an ambassador for Jesus Christ operating in the full spectrum of God's fiery ministry gifts.

Apostle Dr. Larry Birchett, Jr. is the Senior Pastor of Harvest House Restoration Center and the author of three books: Reverence for the Storm, Processed for His Purpose - Purposed for His Promise, and his latest acclaimed book Interdimensional Prayer which is being sold all over the world and can be purchased on www.amazon.com and everywhere else that books are sold online and in some stores in PA.

He is the father of eight wonderful and beautiful children, and the husband of the very anointed and powerful Prophetess Dr. Joanna Birchett, Co-Pastor of Harvest House Restoration Center and founder of the Gospel 4 U Ministry TV Network and Magazine.

Apostle Dr. Larry Birchett, Jr., dually has served as an active duty commissioned officer in the United States Army and is now a part of the Individual Ready Reserves at the rank of Major.  He was awarded an Honorary Doctorate of Humanity degree from Glad Tidings Institute for his humanitarian prowess and efforts and he has degrees from various colleges including a Master of Science Degree from Duquesne University of the Holy Spirit in Leadership and Business Ethics and a Ph.D in Counseling and Communication from Calvary's Cross Institute which is located in FT Lauderdale, Florida. He is also a graduate of the acclaimed Evangelical Training Association Bible Institute, out of Wheaton, Illinois, with two certificates; Foundational Church Ministries Certificate and Standard Church Ministries Certificate.  Even as he conducts the work of the ministry he will be graduating with a Doctor of Ministry degree from Andersonville Theological Seminary in May of 2021as he continues to "study to show himself approved" to rightfully divide the Word of God as he becomes a better leader to perform the work of the Kingdom in service of Almighty God.

He is the Founder and Senior Pastor of Harvest House Restoration Center, a thriving church that he along with his wife, founded in Carlise, Pennsylvania in 2012. 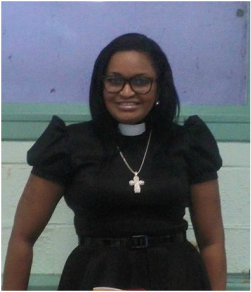 "Dr. J" or "Prophetess J" as she is affectionately called in HHRC, is a previous ordained Evangelist.  She has since joined the pastorate with her husband whereas she is the loving wife to "Pastor Larry" and the CEO and Founder of Gospel 4 U Network, a TV, Magazine and Book Publishing company.  Her magazine is published quarterly and has featured international and national christian artists and leaders such as Carlene Davis, Evangelist Jekalyn Carr, Pastor Jason Nelson, Bishop John Francis and Pastor Tyrone Thompson aka Papa San.  Pastor Joanna is also the author of the dynamic books 'Defeat Was Never An Option' and 'Stepping Stones' which are available on www.amazon.com, www.BarnesandNobles.com. and everywhere else that books are sold.

She is the originator of the acclaimed dance conference called International Praise Dance of Many Nations that has included many of the well respected dance groups from the east coast and have impacted the world through the prophetic gift of dance. Through the birthing of her book the Lord has graced her to host an evangelism trip called "Defeat is Not An Option Tour" and they have traveled both locally and internationally doing the work of the Lord. Through all of her own personal endeavors which includes her preaching ministry as a very respected Evangelist now Pastor, she is an awesome support to her husband, Apostle Dr. Larry Birchett, Jr., Senior Pastor of HHRC, as she cares for him and their children to ensure an even greater impact on the world for the Kingdom.

Prophetess Dr. Joanna Birchett, has an Associates in Communications from the University of Phoenix, a Bachelors of Arts degree in Public Relations and Marketing from Ashford University, a Masters of Education from Grand Canyon University and is currently pursuing her Doctor of Education from Liberty University of which she will graduate in 2024.  Not to mention that she was also awarded an Honorary Doctorate of Humanity in November of 2015 from Glad Tidings Institute along with her husband and is trailblazing across this country and the world spreading the Gospel of Jesus Christ.